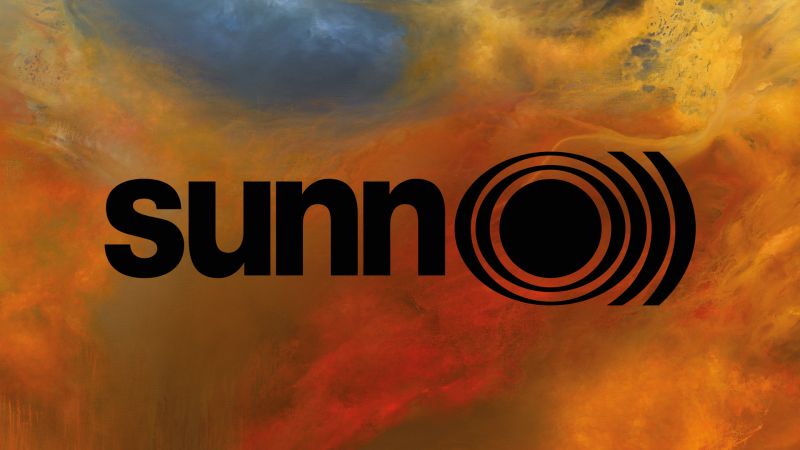 CTM Festival is proud to present the return of Sunn O))) to Berlin. This spring and summer 2019 they return to Berlin twice for the first time since 2015, in support of Life Metal, their first studio album in four years, which is to be released via Southern Lord for the first time on CD and vinyl (US) & vinyl (UK/EU) on 13th April via USA/UK/EU indie retail. The 26th April marks the official release date of the CD, digital and all other vinyl. Supporting both shows will be the singular Berlin guitarist Caspar Brötzmann. A series of his eternally grinding guitar works is currently being reissued by Southern Lord.

On 3 April 2019, Southern Lord (Sunn O)))’s home label run by Anderson) collaborates with Ideologic Organ Music (production company run by O’Malley) to present a listening session. O’Malley will play Sunn O)))’s new record over Berghain Säule’s intensive soundsystem, before closing the night with a set as DJ Caveman Skull. Showcasing the LP’s completely analogue production and signal path, which extends from the input of the band’s amplifiers and the air coming off the speakers in front of the microphones to the needle touching the pressed vinyl on your turntable, the evening presents Life Metal in its ideal listening setting.

The listening sessions precedes two Sunn O))) live shows on 30 and 31 July at Festsaal Kreuzberg, each of which will showcase a special performance, respectively.

Since Greg Anderson and Stephen O’Malley formed the band in 1998, they have developed a formidable reputation for their ability to create massive wave-pools of sound that are truly livid and powerful in magnitudes of amplitude, though rarely harsh. The sounds of Sunn O))) start low and intensify incrementally until they’ve transformed the entire listening area into a vibrating chamber teeming with elegant sustain. Adding to the timeless sensory overload of the Sunn O))) experience, the band members obscure themselves in clouds of thick fog, dressing in hooded robes, periodically thrusting guitars toward the sky as they lead us into the lowest frequencies imaginable.

Both Berlin shows will be supported by solo performances of Caspar Brötzmann, one of the most unique and innovative guitarists of the last forty years. With his Berlin-based trio Massaker, he evolved a whole new autonomous approach to writing rock songs, starting from sounds that were widely considered ornamental if not detrimental “sonic waste” such as shrieking feedback and droning overtones. Ultra-heavy riffs, unhinged beats, ominous tribal chants, and raw physical force are conjured by sinister, thrilling minds. Even today, as the art of noise has reached a level of sophistication that no one could have imagined thirty years ago, Caspar Brötzmann’s music is resoundingly singular. Starting with Brötzmann’s 1988 debut album The Tribe and its 1989 follow-up Black Axis, Southern Lord will reissue five of the remarkable guitarist’s albums throughout 2019.

At the very beginning of 2018, Sunn O))) co-founders Stephen O’Malley and Greg Anderson set out on a path toward a new album production. They were both determined to create new music and a new method of working in the studio, but without forgetting the accomplishments forged during their first two decades of existence.

After gathering twice last spring to write, conceptualise, and jam, in addition to holding a pre-production session at Dave Grohl’s 606 Studios together with T.O.S. on Moog, the band spent just over two weeks working at Chicago’s famed Electrical Audio Studio with Steve Albini at the helm. The results are astounding; the breadth of colour and sound are vast, impeccably recorded, and completely accurate in their representation. The spectrum cracked the firmament open in clarity. An all analogue technique was used: they recorded and mixed on tape, providing a creative gateway for Sunn O))) to evolve their production methods into stronger, confident, performance-based, and more logical executive process.

The album took shape through collaborative explorations with Hildur Guðnadóttir, the renowned cellist, film music composer, and former member of the bands Múm, Pan Sonic, and Angel; Tim Midyett, a close friend of Greg and Stephen since the Seattle days of the early 90s (and member of Silkworm, Bottomless Pit and Mint Mile), who occupied a foundational role by tying earth to sound with wicked performances on aluminium neck bass and baritone guitars; and prolific new music composer Anthony Pateras, who arranged and recorded an incredible contribution of pipe organ for a piece titled “Troubled Air.”

Other Public listening event details in Paris and London:

9th April – The Institute Of Light in Hackney, London This is a free Pitchblack Playback event, there will be two sessions commencing approximately 7pm and 8:30pm. Limited space available, RSVP at this link.

“Pitchblack Playback host album listening sessions in cinemas, in the dark, inviting the music-loving public to experience albums in the most distraction-free way possible. The setting heightens your hearing, revealing new hidden detail and allowing you to fully meditate on your favourite music””With great pleasure we present a few special public deep listening sessions of our forthcoming album Life Metal. Our wish and intention are to offer the astounding presence, detail and colour of this recording on great PA systems in a public situation as an introduction. Part of the joy of producing and mastering this album in the studio was that we were fortunate to be able to listen on the perfect high fidelity playback situations for the record, top precise studio sound guided by the best ears in the business. With these public listening sessions we hope to get a step closer to that experience of being inside the studio for you all at these special events, a few weeks before the album is unleashed upon the world.” – Stephen & Greg / SUNN O)))