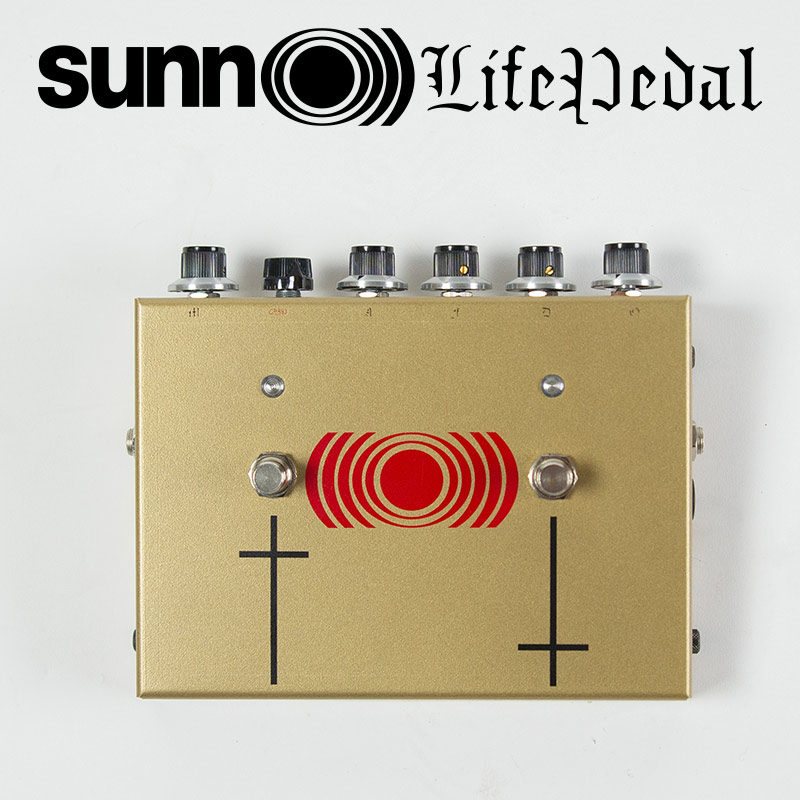 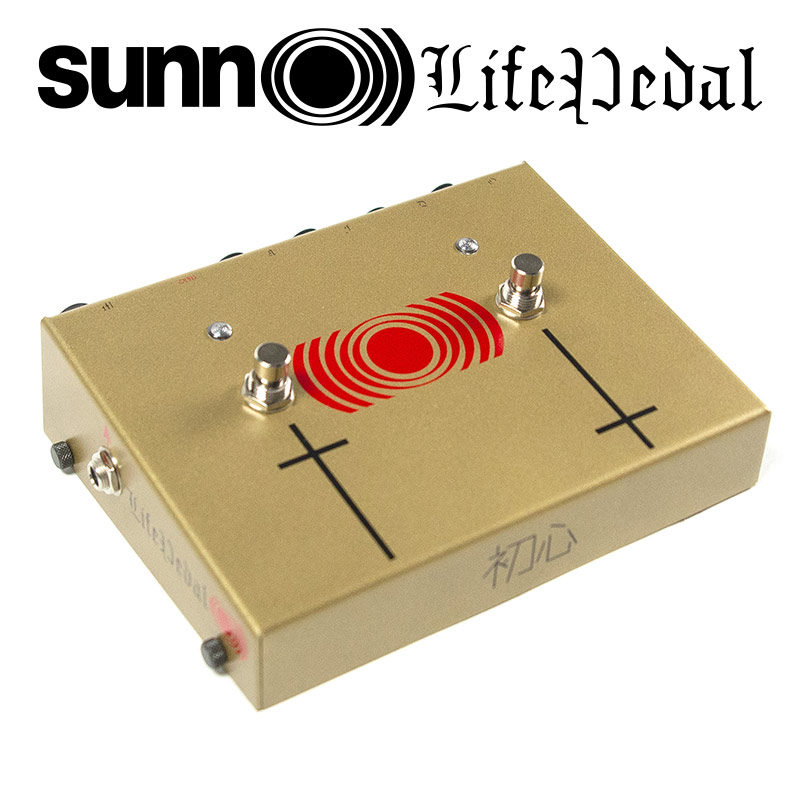 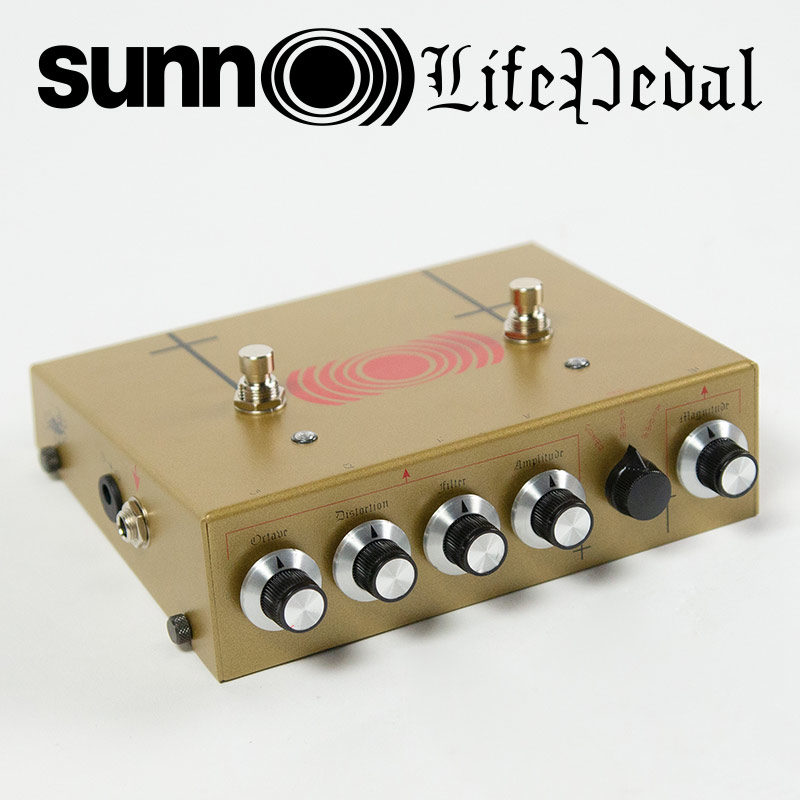 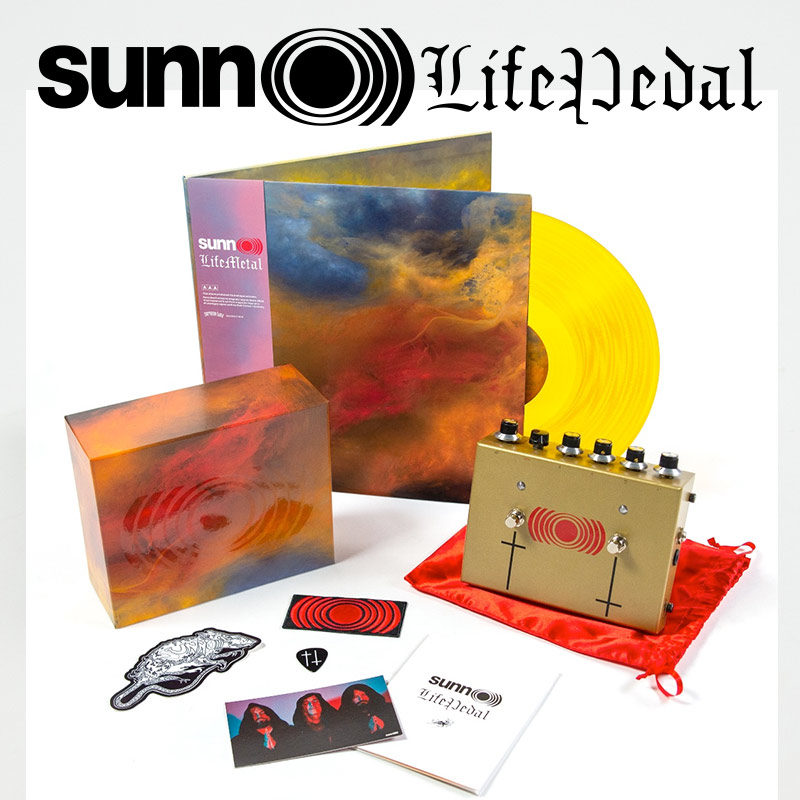 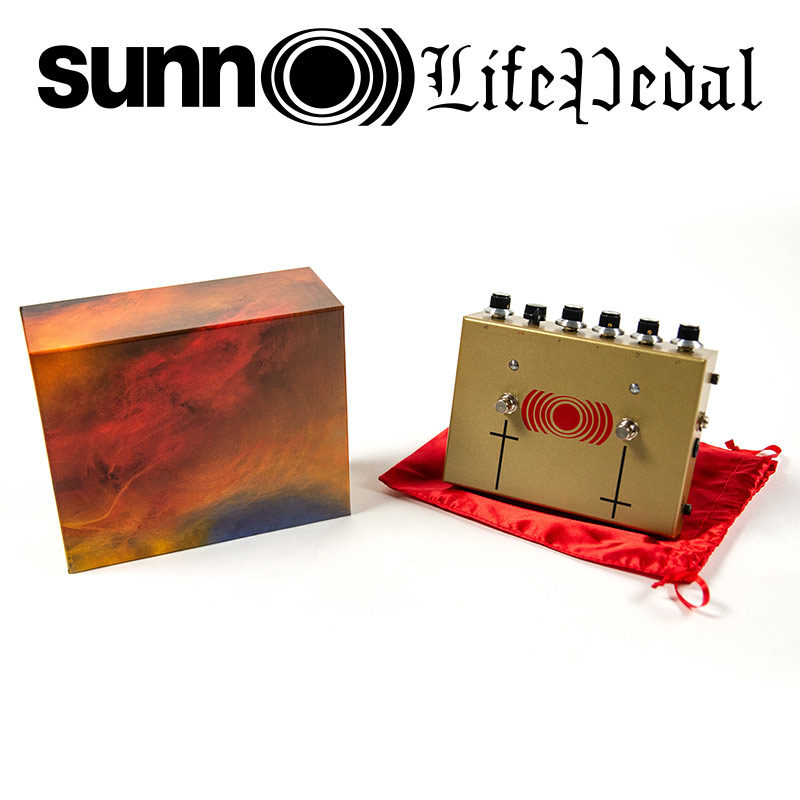 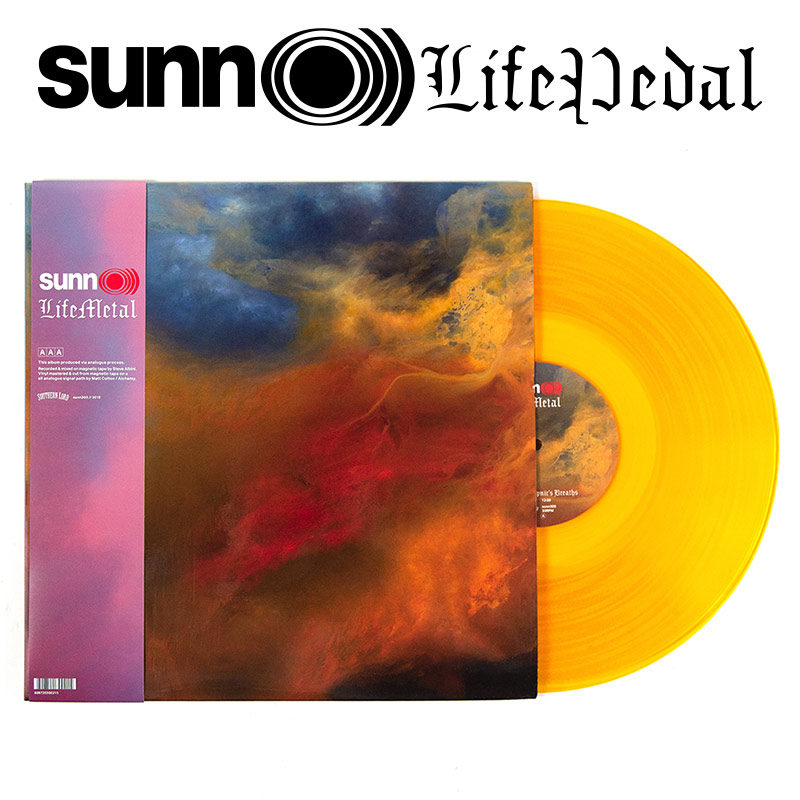 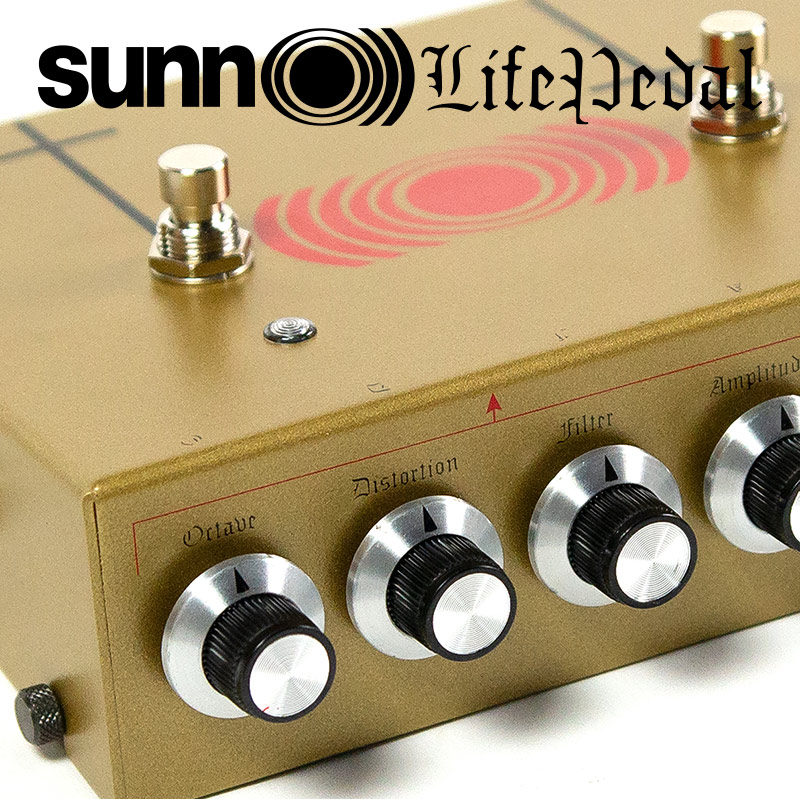 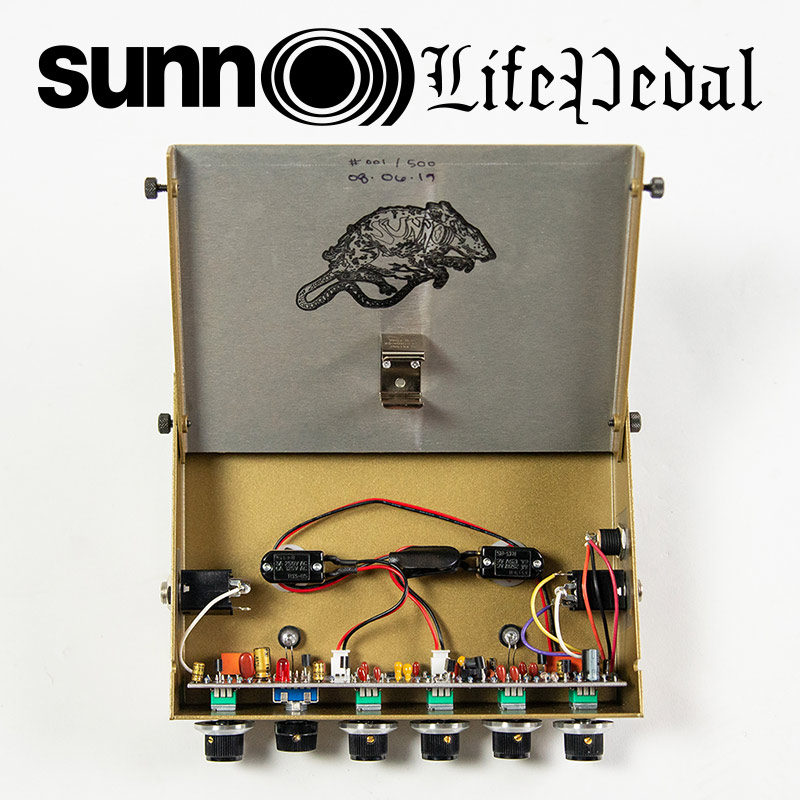 For those who may have missed out on the first edition in the collaboration between Akron-based effects shamans EarthQuaker Devices and sonic druids’ Sunn O))), never fear: There’s a second chance at a Life Pedal on its way.

When released back in June, the first limited-edition run of 1,000 Life Pedals—an octave distortion and booster made by both EarthQuaker Devices and Sunn O)))—sold out within just a few hours.

Today, we’re announcing that a new round, in a limited-edition gold chassis, will be available Thursday August 22. This time the Life Pedal will be restricted to only 500 units — 300 sold exclusively through Reverb while the remaining 200 will be sold by Sunn O))) directly on the road.

The circuitry remains the same as the first round, with a coveted LM308 chip helping to capture the same rich, deeply saturated tones of the band’s sessions with the legendary Steve Albini during the creation of Life Metal. 100 of the Life Pedals available on Reverb will be paired with the namesake LP.

Head here to check out upcoming tour dates and sign up with your email address to be notified as soon as the second batch goes on sale August 22.

We are honoured and pleased to announce the release of:

Sunn O))) and EarthQuaker Devices join forces to create Life Pedal. This is a limited, hand numbered, tube amp crushing octave fuzz and distortion with boost. Life Pedal empowers the operator to immerse themselves in the same full spectrum overdriven sonic palette as used on the “Life Metal” album.

In the writing sessions for “Life Metal” we worked extensively shearing our tones toward a broader energy spectrum over high powered saturation and across planes of sonic character, with the ambition to take full advantage of Steve Albini’s (the recording engineer for the album) exacting capture skills.

The results are astounding: there is breadth and luminosity of colour, vast sonic cosmoses, flashes of abstract colour (synthetic and objective) through resulting themes which emerged from the mastered depths of saturation and circuits between the two players and their mountains of gear.

The Life Pedal is designed to represent the core front end chain used in those sessions, to drive the tubes of the band’s multiple vintage Sunn O))) Model T amplifiers into overload ecstasy. This is a 100w tube amp full stack’s holy dream, or its apostate nightmare.

An octave fuzz inspired by the Shin-Ei FY2 & FY6 units leads the circuit into a LM308 chipped and brutal rodent big box distortion, recreated with the best components, and including a three-way clipping switch (op Amp, Asymmetric & Symmetric). Second stage is a purely clean boost to further overdrive the preamp tubes of your vintage system into -scaped harmonics, and feedback overtone bliss.

Available for a limited time: https://reverb.com/lifepedal

LifePedal is an octave distortion and booster built in a custom folded aluminum enclosure. It is faithfully modeled after the classic LM308 “White Face” distortion pedal, right down to the tantalum caps. The only modifications made to the original circuit are in the clipping section. The traditional circuit uses a single pair of silicon diodes for a tight, compressed crunch. The LifePedal introduces two additional clipping options to better adapt to different rigs. The first position is no diodes to allow for full, grinding Op Amp assault at maximum volume. The second position utilizes two silicon diodes and one LED in an asymmetrical clipping configuration. This delivers a slightly compressed and smooth crunch, similar to a valve amplifier. The last position is the stock double silicon diode configuration which provides that classic tone you know and love.

The Octave in LifePedal is an all-discrete, analog full-wave rectifier circuit built around a pair of Russian Germanium diodes. Located at the input of the circuit, the Octave control slowly blends in the octave effects as you turn it clockwise. Because this is an analog octave effect, it is monophonic and works best playing single notes above the twelfth fret while using the neck pickup. Playing chords with the analog octave will sound clanging and chaotic. Using the bridge pickup and playing below the twelfth fret will produce a very subtle octave effect. Going full Octave transforms LifePedal from a simple distortion device into a swelling, raging fuzz similar to the classic Super Fuzz!

The boost section of LifePedal is a simple all-discrete MOSFET booster designed to blast your preamp tubes and drive them wild. It is a 100% clean, no-nonsense, high impedance booster that adds very little color to your tone. It does not add distortion on its own but has plenty of output to push your amp into saturation.